Dolphins and whales in Malta

Our understanding of cetaceans has advanced considerably in the recent times but until quite recently, most of what we knew about them came from whaling, fisheries or captivity. Modern research on cetaceans started 50 years ago and happens in the natural environment so that we are able to better understand the real behaviour and culture of these animals. It’s quite hard work because they only spend a few moments on the surface and are deep divers as well as very fast swimmers. However, new field research methods have been developed along with innovative and efficient technologies. Many exciting opportunities are providing new insights into dolphins and whales societies. 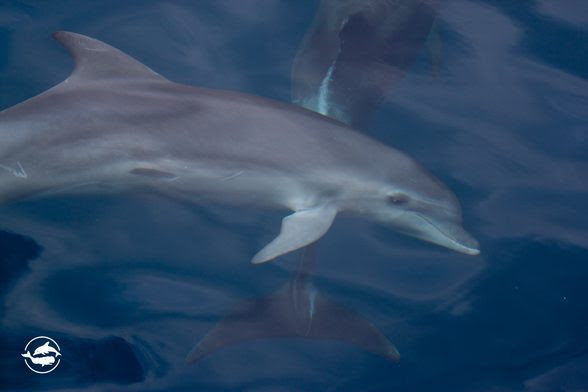 The Mediterranean Sea hosts eight species of cetaceans regularly occurring in the basin and represented by resident populations. Seven of them are odontocetes: sperm whale, cuvier’s beaked whale, long-finned pilot whale, risso’s dolphin, common bottlenose dolphin, striped dolphin and short-beaked common dolphin. Instead, the fin whale is the only resident mysticete and is the second largest animal of the world.

Other 21 species have been spotted during the years in the area and include some very popular names, such as killer whales and humpback whales. Malta is very important for cetaceans and constitutes part of the channel connecting the western and the eastern Mediterranean basins. Thanks to the strategic location of the archipelago in the centre of the Mediterranean, all the eight resident species have been recorded around the islands. However only three of the eight species are the most frequent: the bottlenose dolphin, the common dolphin and the striped dolphin.

Bottlenose dolphins are resident in Malta and live very close to the shore so that it’s possible to spot them from the coast if you are lucky and patient enough to observe the sea carefully. 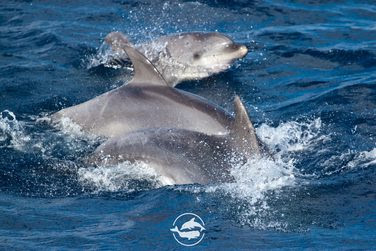 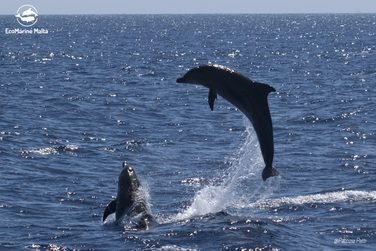 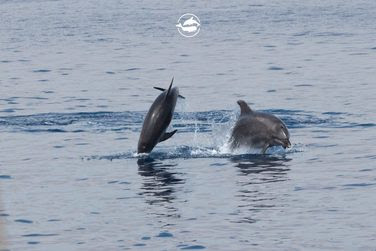 Common dolphins and striped dolphins are pelagic dolphins, they live and feed in the open sea where the depth ranges from 200m to more than 2.000m. This means that these sub-populations need specific protection actions to conserve them and let them live in the waters that we share with these beautiful animals. In the next newsletter we will go deeply into the details about the ecology of the species, but what is important to know is that these species have slightly different characteristics from the same animals that live outside the Mediterranean Sea.

The International Union for the Conservation of Nature (IUCN) in 1964 established the Red List for Threatened Species, that is the world’s most comprehensive information source on the global conservation status of animal, fungi and plant species.

It is a critical indicator of the health of the world’s biodiversity and a powerful tool to inform and catalyse action for biodiversity conservation and policy change, by providing information about range, population size, habitat and ecology, use and/or trade, threats, and conservation actions that will help inform necessary conservation decisions.

According to this list, nine categories define the status of the species: Not Evaluated, Data Deficient, Least Concern, Near Threatened, Vulnerable, Endangered, Critically Endangered, Extinct in the Wild and Extinct.

The chances for these animals to go extinct in the upcoming years are unfortunately high and the human impact is the major responsible for it. What we can do to counteract this danger is to establish a long-term strategy to monitor and study the animals and the impacts of human pressures. However, the choice to make this world a better place is also in your hands. Step by step, every little positive action in the daily routines of all of us can make a greater change over time.