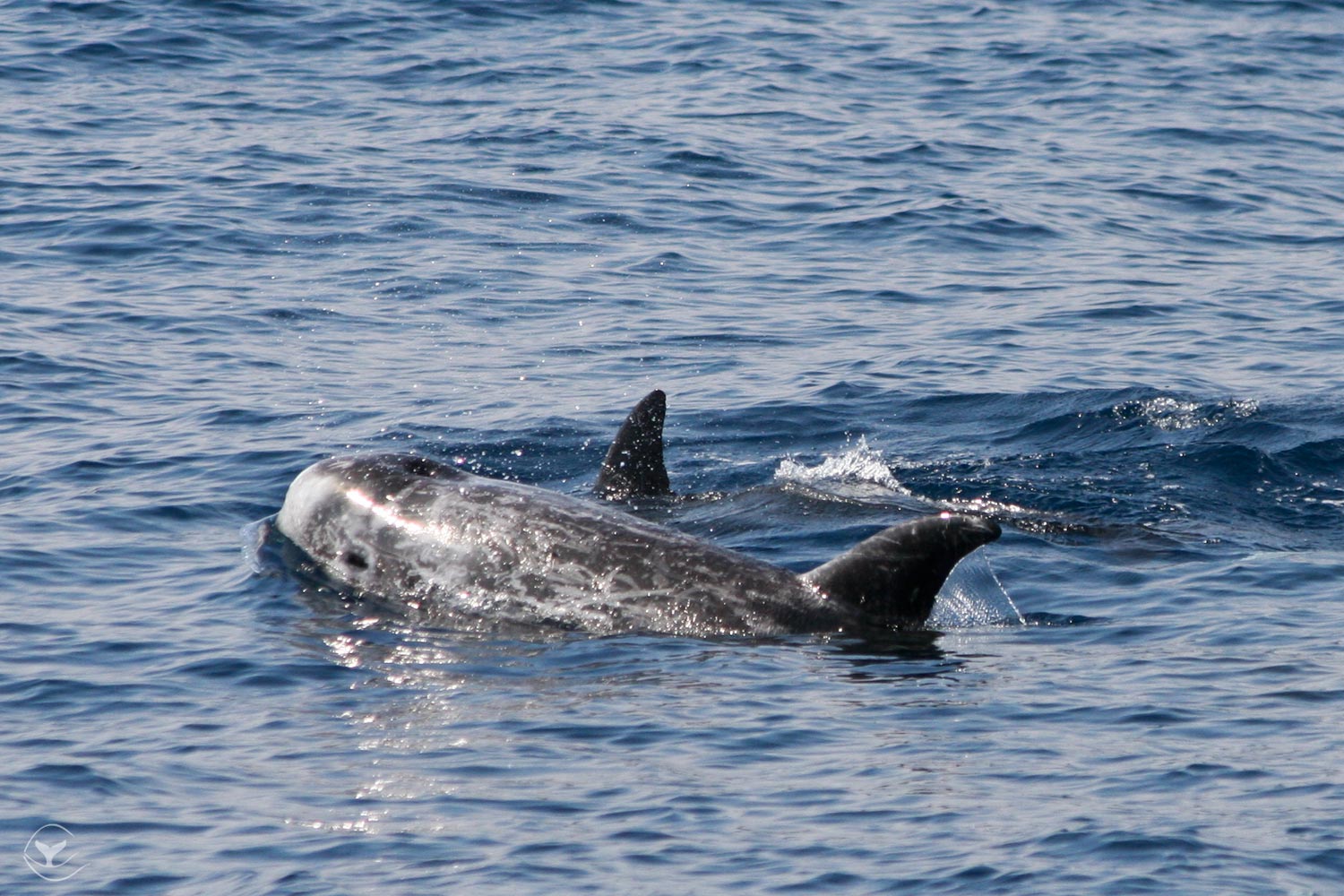 Cetaceans, EcoMarine
Did you know that it is possible to identify individuals of different species of Cetaceans, both dolphins and whales, by particular natural and permanent physical characteristics?
Thanks to “Photo-identification” we can recognise individuals from each other and define if we have already seen them in previous years, or if they have been spotted by other researchers in other areas of the Mediterranean Sea.
The characters for recognition vary from species to species, but the most important are: the shape of the dorsal fin, the presence of more or less large notches on its margins, scratches, scars and cuts both on the fin and the body.
The Bottlenose dolphin (Tursiops truncatus) is recognisable by the notches on the dorsal fin, is possible to recognise the Sperm whale by the notches on the edge of the lobes of the tail and from the shape of the tail.
the Sperm whale is identifiable by the notches on the edge of the tail lobes and from the shape of the tail.
Individuals are photographed according to standard procedures and photos of the identified subjects are collected in catalogues.
It is a non-invasive and advantageous system for studying the distribution and size of the population in question.