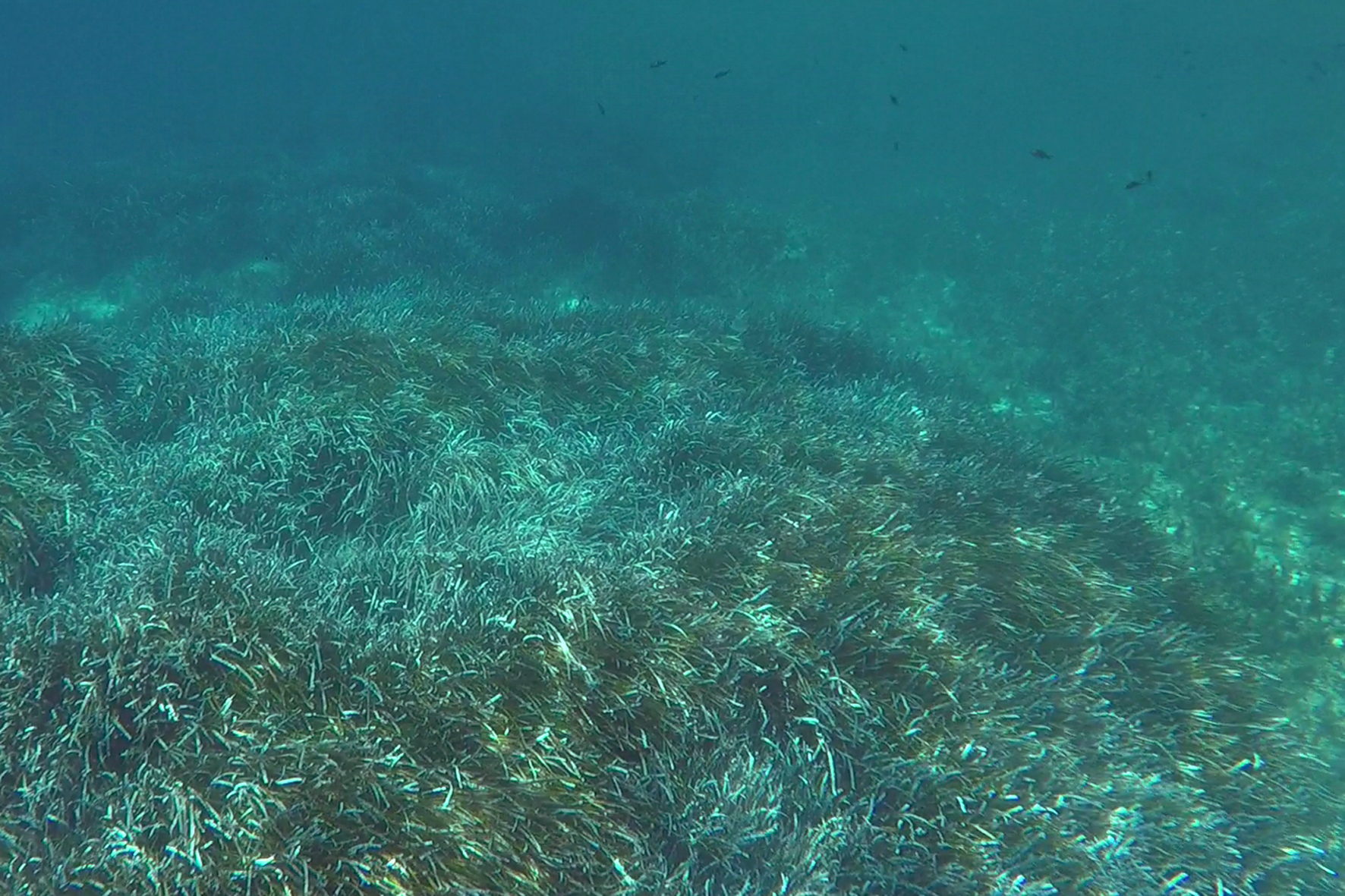 March is Seagrass Awareness Month
As part of the European Marine Science Educators Association, we are celebrating our very own beautiful seagrass: the Posidonia Oceanica, also known as Alka in Maltese and Neptune Grass in English.

Posidonia oceanica is seagrass and not an alga, it is the only family of flowering plants which has fully colonized the sea, shedding flower and even olive-shaped fruit which are dispersed by water currents. Posidonia oceanica does not fruit every year but during anomalously warm years. It is an endemic species in the Mediterranean Sea, therefore it is restricted to this basin.

Its position in the sea depends on the water clarity, in fact in the Maltese waters it has been found at 40 meter’s depth in the Comino Channel because of the transparency of the water column.

Posidonia is composed of five to seven ribbon-like leaves which are grouped together in shoots and turn progressively brown as they die. It has sub-surface (plagiotropic) rhizomes and roots that grow up to a maximum of 1.5 m below the sandy seabed and they stabilize the seagrass, while the vertical (orthotropic) rhizomes reduce silt accumulation. Posidonia meadows colonise a variety of substrates from rocky to sandy seabeds and can also grow on matte, which is a composite material whose surface is made by living shoots while its interior is composed by dead rhizomes, roots and sand which grows very slowly vertically.

Posidonia oceanica is considered a keystone species Can you guess why? We’ll give you some hints:

Unfortunately, this amazing and aquatic plant is under serious threat, despite international legislation to protect it, like the EU Habitat Directive, and other initiatives. Posidonia Oceanica meadows are declining rapidly in many parts of the Mediterranean because of pollution, coastal development, anchoring and fishing activities.
An estimated loss of 1/3 of the distribution area occurred in the last fifty years.
There are many relevant projects that are being carried out to protect Posidonia in the Mediterranean and we truly believe that effective management of coastal resources can improve the conservation of this species.