Sea of fish in danger

Overfishing is seriously endangering fish stocks around the world. We can save the ocean by measuring and limiting fishing activities so that our children and us can still enjoy this extraordinary resource in the future. We must be sustainable for a better world.

The Mediterranean Sea is considered to be one of the “biodiversity hotspots”; distinguished by an unusually high biological diversity for this type of ecosystem, the Mediterranean basin hosts around 7% of all marine fish species present in the world, with a broad representation of species typical of both temperate and tropical environments.

Of the 519 native species and subspecies of marine fish found in the Mediterranean Sea, 73 are cartilaginous (sharks, rays and chimaeras) and 446 bony fish. The Mediterranean region is also home to some of the world’s most endangered fish populations, bony fish and cartilaginous fish being threatened with extinction at regional level.

In the Mediterranean basin, the level of endemism is unusually high. Of the 519 fish species evaluated, 74 are endemic to the Mediterranean Sea, being found exclusively in this region. The abundance of these species is greater in the western part of the basin, especially around the Ligurian, Tyrrhenian and Tunisian coastline. Source IUCN

Sharks are ecologically esential ; they control the marine food chain. Sharks feed on all the different species of animals in the food chain, they are considered to be apex hunters and are helpful to help keep a healthy balance in the marine ecosystem.

In the Mediterranean Sea, there are 45 species of shark. Blue Sharks, which used to be a common species throughout the Mediterranean and around the Maltese Islands, have seen their numbers drop by over 90% in the last ten years alone. This is almost to a point where they will not be able to recover. Source Shark Lab Malta 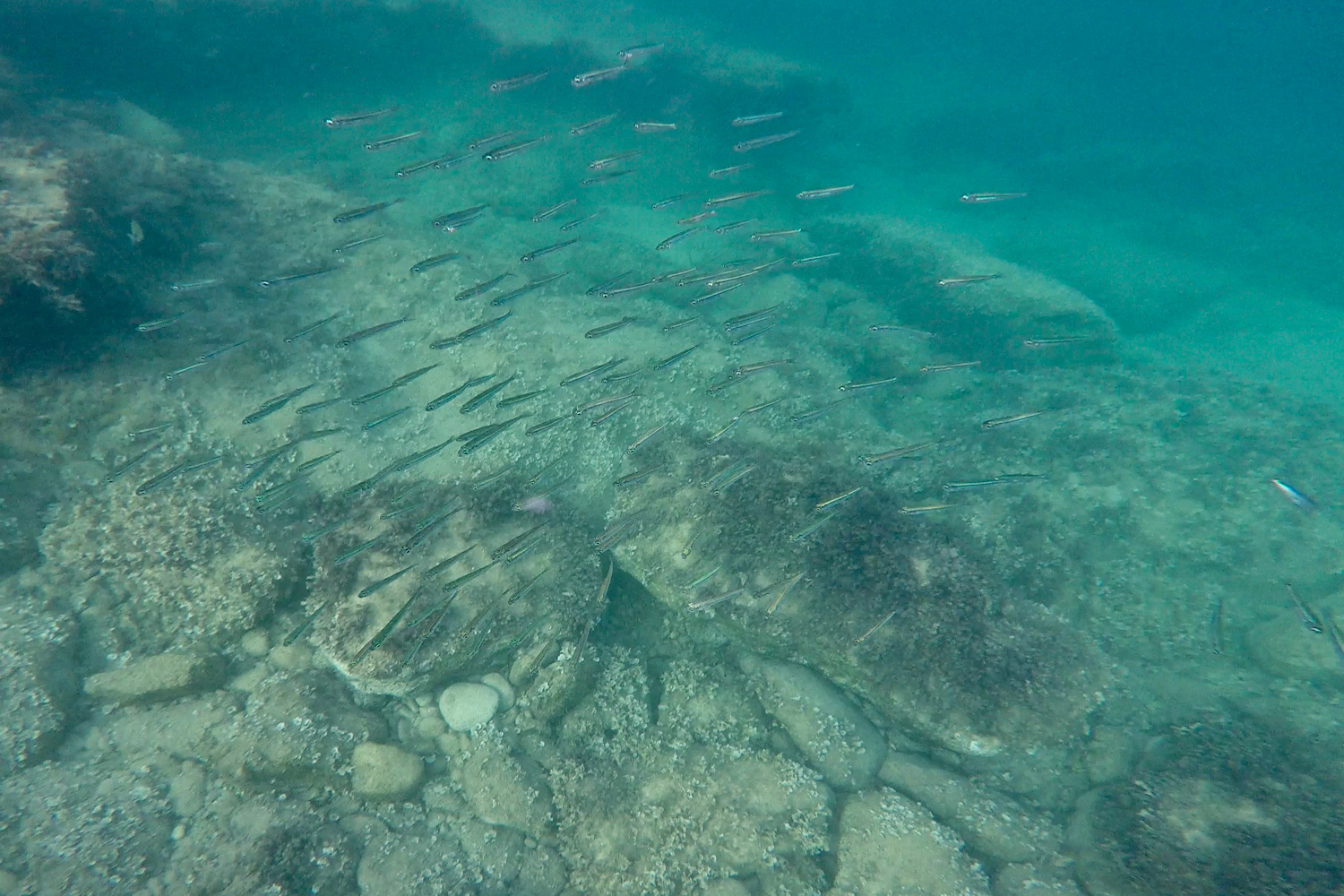 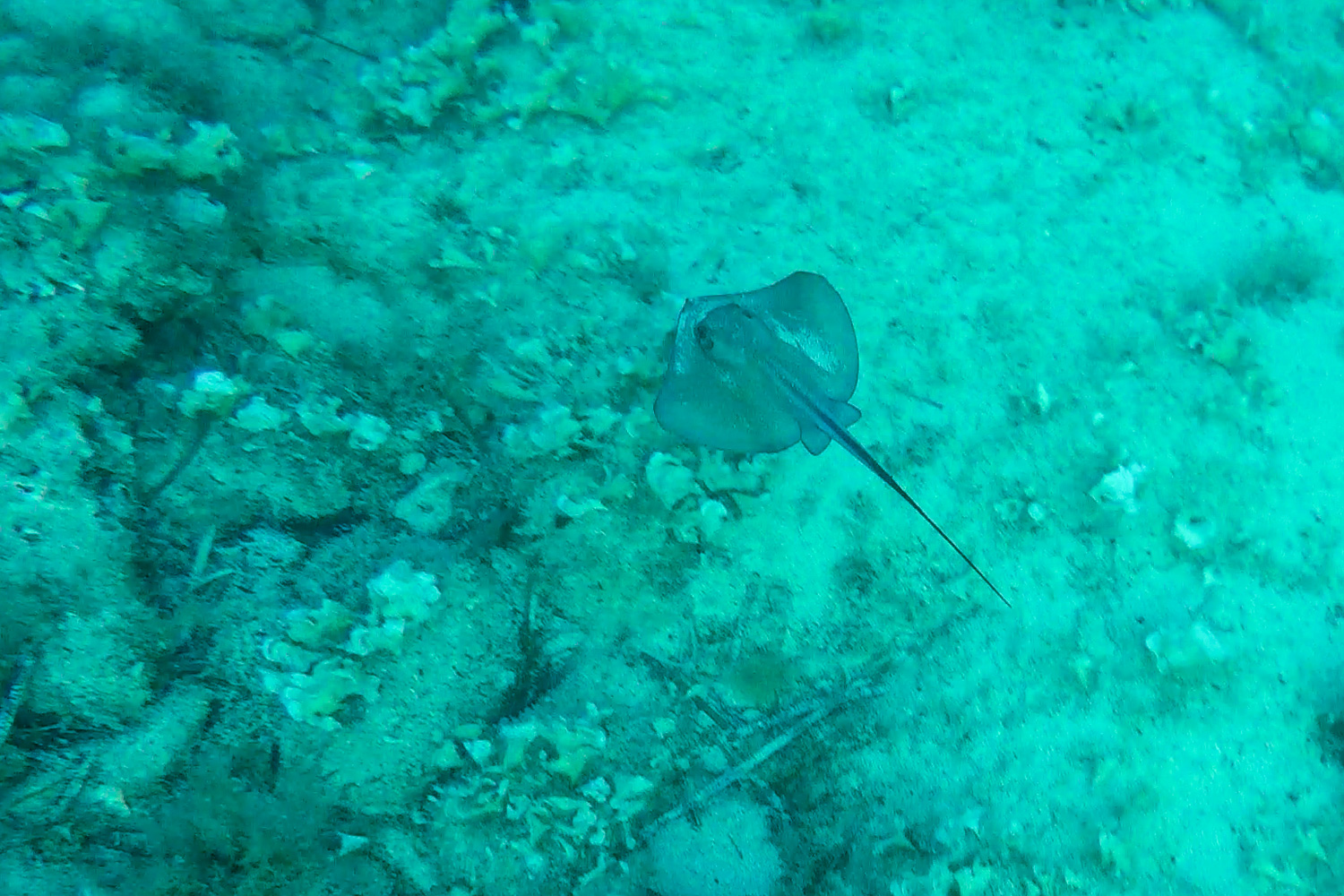 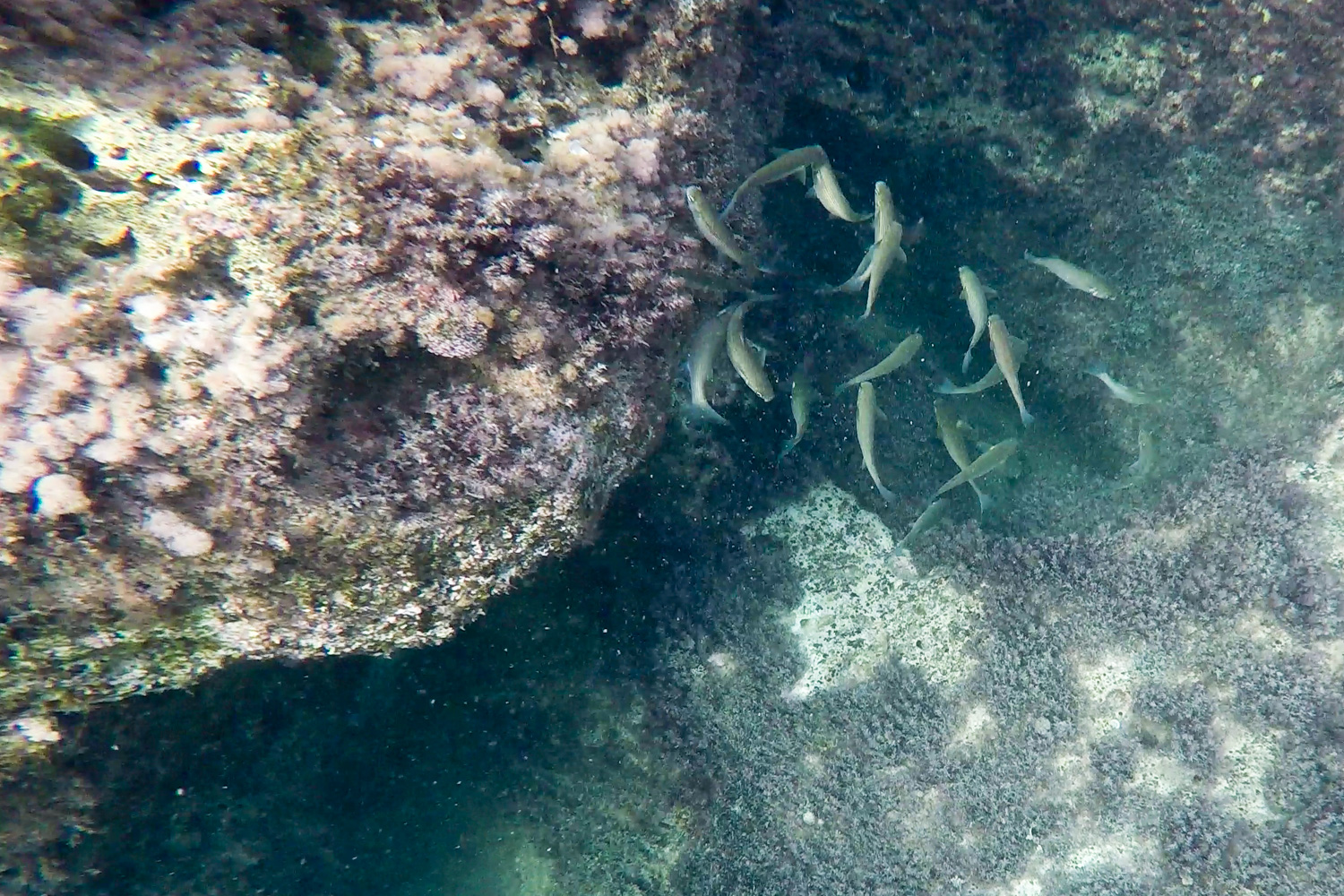 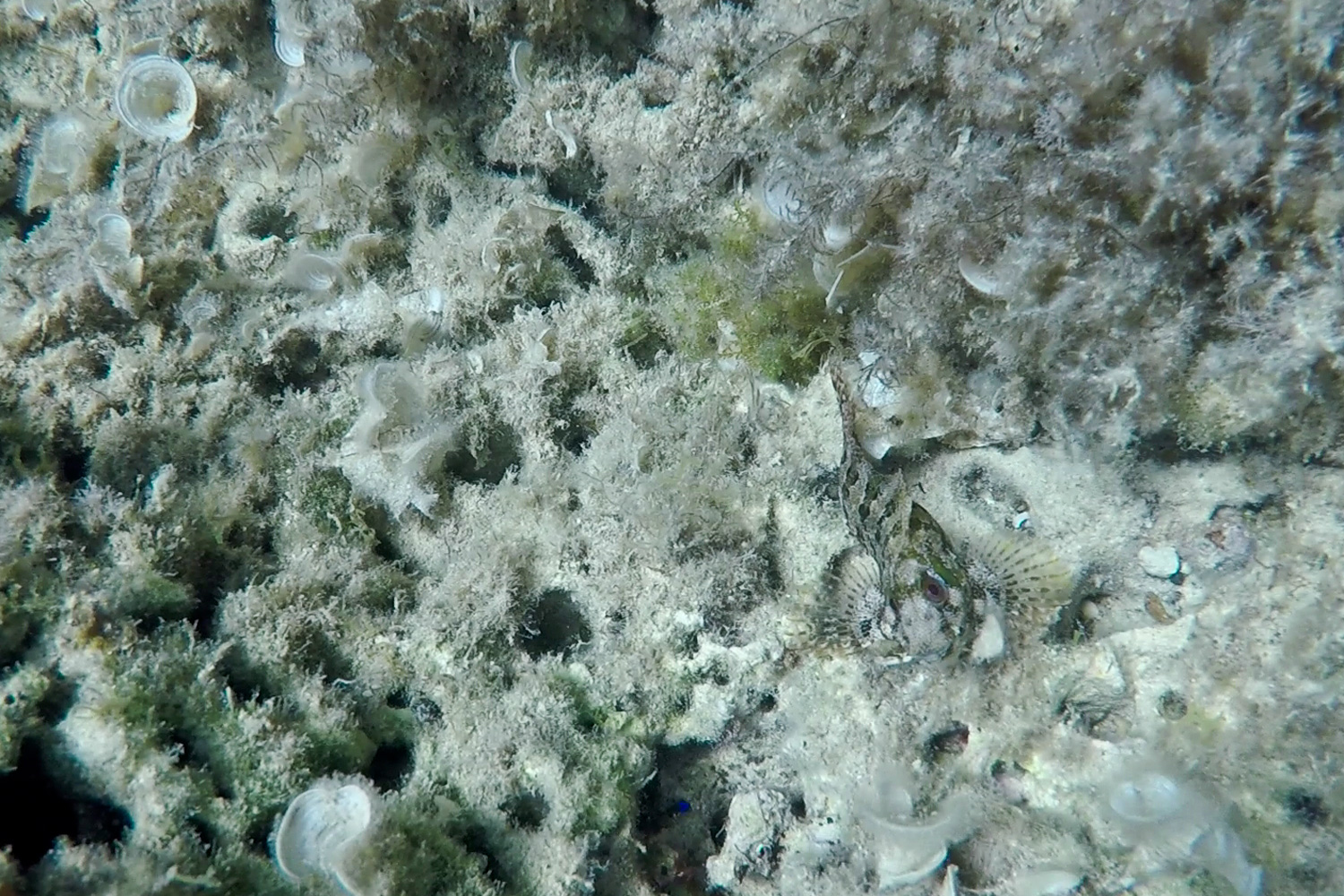 Thaís Amaral
2021-08-06T08:55:37+0000
EcoMarine is doing more for the environment in Malta than most politicians! Friendly, professional and trained staff.... Everything they do is ethical and matches with the message they are passing on: marine conservation! Couldn't recommend it enough, thank you EcoMarine Malta!!!read more

Marion Saliba
2021-07-15T21:57:36+0000
Yesterday's Ecomarine - Marine Life Spotting tour was an exceptional experience - beautiful day, calm sea, small group... of patrons, educational talk, knowledgeable, friendly and very responsible crew staff and Captain, a Maltese lunch and a swim in the beautiful waters at the south of Malta. And the cherry on the cake was the dolphin spotting ( besides birds) - a group of 7 dolphins swimming close to us and giving us the most beautiful show ever in their natural habitat. Another wish off my bucket list. Well done to Patrizia, Francesca and Jeremy the Captain. Highly recommended for all age groups and families. Thanks Eco Marine Malta.read more

Adriana Finocchiaro
2021-07-15T11:38:57+0000
One of the Best experience of my Life! I truly recommend it. The tour was fantastic, you don't just get the chance to... watch Dolphins in their natural environment, you get the perfect day on a boat! We've spotted 4 beautiful Dolphins swimming and playing around us, we've learnt more about the sealife in Malta and they also brought us in one of the best bay in southern malta to enjoy a delicious lunch and to swim. Staff onboard was exceptional, passionate and friendly!read more

KT Delicata
2020-10-16T07:28:32+0000
We went on the marine life spotting tour. It was such a brilliant day. We were lucky in seeing the dolphins for a long... time. It was a beautiful and exciting experience to be able to see these beautiful animals in their home environment. It was also really interesting to learn about the animals living in the Mediterranean and also about how to be respectful to them. Thank you for a wonderful day. Definitely recommend it!!read more

Ksenia Meshalkina
2020-08-01T08:39:58+0000
I've been already in two tours by EcoMarine Malta: Marine life spotting tour on 9th of June and 1 day and half around... Malta on 27-28 of July.🐬🐬🐬Both tours are amazing! we saw dolphins and different beauties of Malta.1 day and half around Malta is my fav tour. We've seen turtle, a lot of dolphins, spent a night in Blue lagoon, swam so far from the island on the depth of 1000 m, passed by Blue Grotto, went around Filfla and had a lot of fun.Thank you guys for doing your job and for all your love and respect to nature and creatures!Wish you good luck and hope to join again one day)P.S.: the only tiny minus for me is stuffy night in cabin. The rest is amazing. Thank you, Patricia and Giovanni!😀read more

Kate Burgoyne
2020-07-24T19:06:10+0000
This was just the most fabulous day out with numerous sightings of Dolphins, fun with the camera and a lovely swim in... the quiet bay. Giovanni our skipper gave us full confidence and Patrizia was so enthusiastic and keen eyed (great for spotting the lively dolphin pod). Personally I will join this tour again and will recommend to friends and colleagues.read more

Clare Taylor
2020-07-08T19:15:26+0000
We had a fantastic day out seeing dolphins and birds in the south of Malta recently, expertly led by Giovanni and... Alexia. It was great to hear interesting facts and to be able to ask them questions, and to know that your participation allows EcoMarine to continue collecting important data on marine life in a highly responsible way.The boat is clean and comfortable, the Maltese nibbles provided at lunchtime were good, and we enjoyed the swimming stop too. Highly recommended, we can't wait to go to the north with them next time!read more

Natalia Brzozowska
2020-06-26T07:42:09+0000
Fantastic sunset tour around Malta! We have taken time to observe dolphins in their natural habitat and watched the... sunset on the south coast of the island. There was also aperitivo served at the end of the trip and Patrizia gave us a little lecture on the sealife of Malta. Great experience and totally recommendable!read more

Danielle Cuschieri
2020-06-24T05:23:34+0000
It was such an amazing day. The skipper was really good at this sailing boat and Patrizia was very informative and... pasionate about the subject and to top it off we saw the dolphins 🐬Definatley recommended!!read more

Sean Briffa
2020-06-10T15:10:36+0000
What a lovely day that was. The boat was excellent and the trip was super enjoyable, especially getting to witness the... crew sailing and not just using a motor.Having a marine biologist guiding us and giving us information was very helpful in understanding the animals we were seeing. Both the marine biologist and the captain of the boat displayed great passion when giving us the information.The dolphin sitings were surprisingly close to the boat and we could see them from all angles as they circled us, chased fish, played with each other and even jumping out of the water (that last part was very exciting)!We enjoyed the break where we were taken to a secluded cove where we could eat, swim and discuss what we just saw and also get some more useful information, all on the brilliant boat. The crew also payed a lot of attention to keeping my 5 year old daughter engaged, bringing out books on marine life.For the price we payed we got more than expected, an experience we'll definitely remember and recommend.read more

Thea Rees
2020-06-10T12:48:34+0000
The marine biologist Patrizia was very knowledgable and eager and happy to share her knowledge about not only the... animals we saw but also the wild life in the Mediterranean in general.Both skipper Giovanni and Patrizia are very friendly, accomodating and easy to approach.The tours also serve the purpose of gathering research data on wild life.And: we actually used the sails when possible to minimize use of fuel.Great experience, also for kids! And good for eco-conscious minds.read more

Sînzi Anne
2019-09-29T11:00:08+0000
Amazing tour & amazing crew who took us in the midsts of the marine life around the Maltese Islands. It was also an... awareness raiser as Alexia took care to share with us precious information on the marine biodiversity, sea sectoring and marine ecology. Thank you & we‘ll meet each other again on a wild and clean sea, on a sunny morning.read more

Anda Mio
2019-09-17T05:40:54+0000
Amazing tour, these people are very passionate about their job. We have seen dolphins for more than 2 h, then we took... the bath at the caves, snorkeling, we sailed to the small island and visited the blue grot. We had two meals on the way, tasteful and light food, just perfect for sailing. Cool experience!read more

Simone Billings
2019-06-09T14:23:38+0000
My nephew and I had a terrific day out with Eco Marine Malta on Saturday 8 June, the day before he was leaving Malta to... return home to SFO, on their Filfla excursion. We loved having a marine biologist on board to explain the different species of dolphins we might see and the ways to identify each, and we did see dolphins as well as birds, and one person spotted a sea turtle. The view of beautiful Malta from the sea was especially interesting since we could see places that we'd been to on land during our earlier exploring of different villages (such as Marsaxlokk and Marsaskala) and historical sites such as Hagar Qim and Mnajdra Temples--but from a different perspective. Being able to see Filfla up close and to hear about it from the knowledgeable crew and biologist was great! And the 2 swimming stops were much enjoyed by several of us on the warm June day. Thank you, Eco Marine Malta! And thank you to the crew for the yummy treats after each swim and the plentiful cold water! Both an informative and relaxing day--perfect for bringing attention to the need to protect our neighbors in and around the sea, too.read more

Mariangela Meli
2019-03-12T07:01:37+0000
A great learning opportunity for children. Although not an easy subject to tackle with young children, Luca was engaged... throughout. He is now looking forward to the next experience with you. Thank you so much!read more

Viviana Premazzi
2018-06-11T18:46:33+0000
amazing trip, amazing guide and skipper and great (but small) group of people on board. We saw dolphins and birds. And... the tour around Fifla was breathtaking. And everything sustainable and eco-friendly, helping you to discover more and be aware of life around the beautiful Maltese islands. Highly recommended!read more

Jorge Giro
2017-07-20T09:00:22+0000
Excellent idea. Learning about an endangered environment, promoting the love to other living beings and at the same... time spending some beautiful time in Malta.read more