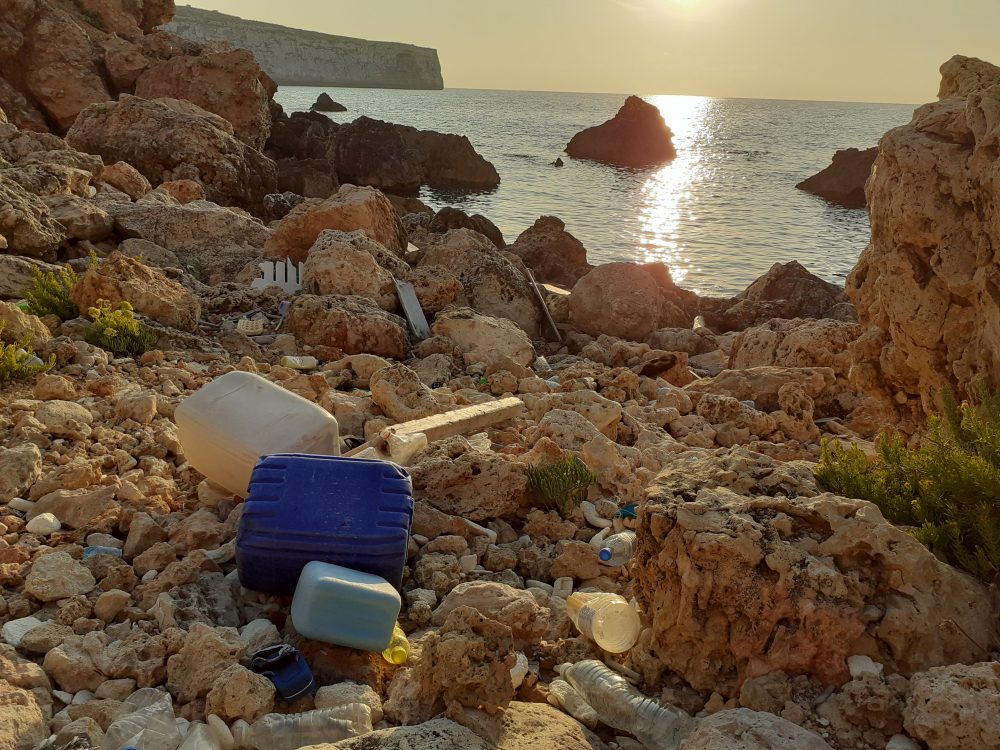 Plastic oceans: it goes far beyond just straws and bags…

Reusable bags. Oxibiodegradable packages. Steel straw, paper straw, bamboo straw… there are many examples of ‘‘alternatives’’ to plastic that have recently taken social media and news with regards to the same subject: the problem of plastics in the oceans. But are these alternatives really the best solution? And recycling, wouldn’t it also be a good option? And is the scenario really this bad?

As if there weren’t enough environmental problems threatening our oceans currently (like overfishing and climate change), it is estimated that around eight million tons of plastic get into our oceans every year. In a nutshell, the impacts of marine debris on marine life include:

Besides, the daily use of plastics in our lives also has direct negative effects on our health, including hormonal imbalance, cancer, abortion, infertility and many others that have been published in the scientific literature.

But where does all this plastic come from? Is it from the people at the beach who throw trash there?

Actually, it is estimated that around 80% of all marine trash comes from continental sources (including human action at beaches, rivers and sewers, lost material during transportation, runoff from landfills, etc.), and the other 20% come from fishing gear, ships and boats.

What about microplastics? Have you ever heard of them? Smaller than 5 mm in diameter, they can be produced in a small size by industries (like glitter or those tiny particles in toothpaste or washing powder), or they can also be generated from the breakage of bigger particles when in contact with wind, waves, sunlight, etc. Every plastic, someday, will turn into microplastic, and will then continue absorbing pollutants and releasing toxins forever. Microplastics have already been found in potable water in the whole world, in polar ice, in the atmosphere, in animals at the base of food chains and even in salt. We eat and drink plastic. We use plastic in our clothes (synthetic fibers like polyester and nylon), and it is hidden in packages and cosmetics under the weirdest names (like exfoliants and other cosmetics with polyethylene or polypropylene).

With regards to the new alternatives like biodegradable plastic, there is yet much debate about under which conditions they degrade (many need specific industrial conditions, like high temperatures and microbial activity to degrade). And the ‘‘oxibiodegradable’’ plastic is even worse: additives are inserted in this type of plastic so it can break… quicker… into microplastic.

About recycling, it is valid to mention that: i) not all types of plastic are recyclable; ii) when, for instance, a bottle is recycled, it won’t generate another bottle but, instead, another product of inferior quality, because plastic loses its quality as it is recycled, meaning thus that iii) it is not possible to recycle the same plastic forever.

Plastic, in its greek origin, means ‘‘able to be molded’’. And it did indeed, right? It moulded our packages, our cars, our clothes, our technologies, our food. In our plastic society, the way we relate to each other is intrinsically connected to the way we produce our products and, yet, to how we relate to them.

Therefore, besides being aware of all the environmental issues related to this subject, it is necessary to reduce our personal and social impacts. Reduce, refuse, reuse, rethink and finally recycle are great alternatives, especially when allied to conscious acts about other problems like overfishing and climate change. However, collective actions also have to be taken. It is necessary that companies have their responsibility considered for promoting reverse logistics (which is when the company takes back its solid waste to reuse, recycle or properly discard dangerous materials). Economic incentives and adequate laws and regulations are also required in order to ensure a social commitment to the problem of plastics in the oceans.

And you? What can you do today to help save our oceans forever?