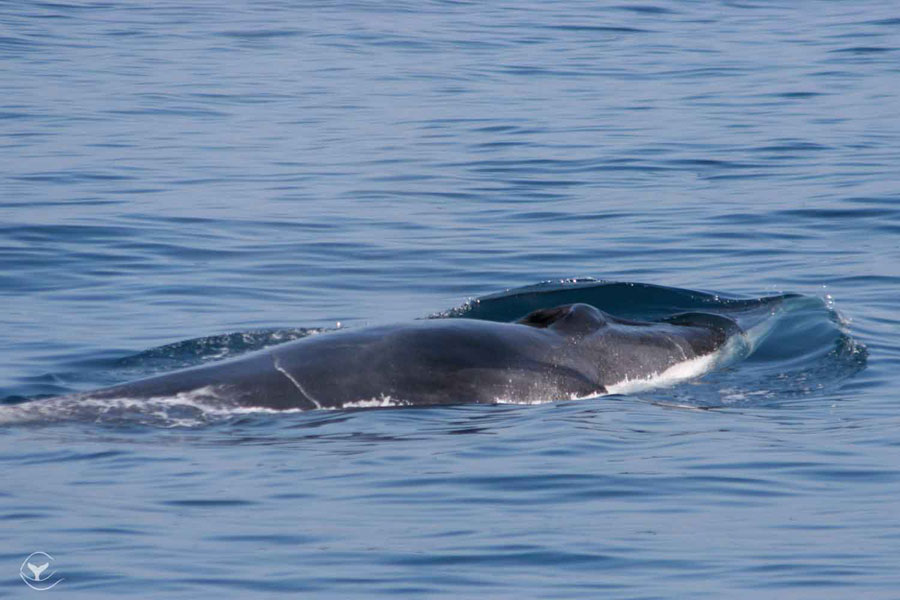 Last week Malta and Gozo were blessed with the visit of a fin whale – Balaenoptera physalus, for the joy and awe of the people walking along the cliffs.
This giant of the sea, called “balena kbira” in Maltese, is the second-longest animal on the planet after blue whales, it can reach 26 metres in length with the female 5-10% longer than males. The normal cruising speed is 9-15 km/h but can reach 37 Km/h for short bursts. 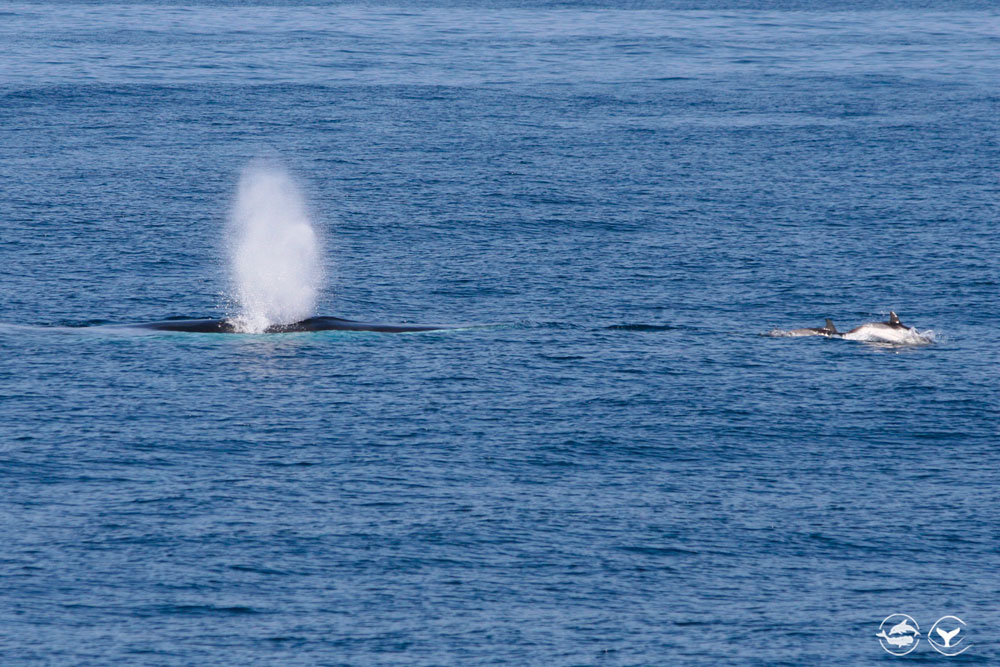 It can be found in the Strait of Sicily, especially in the waters around Lampedusa. During winter and early spring, in fact, the area is a feeding ground for the whales before they migrate to the Ligurian Sea

for more info:  Satellite tagging of Mediterranean fin whales: working towards the identification of critical habitats and the focussing of mitigation measures 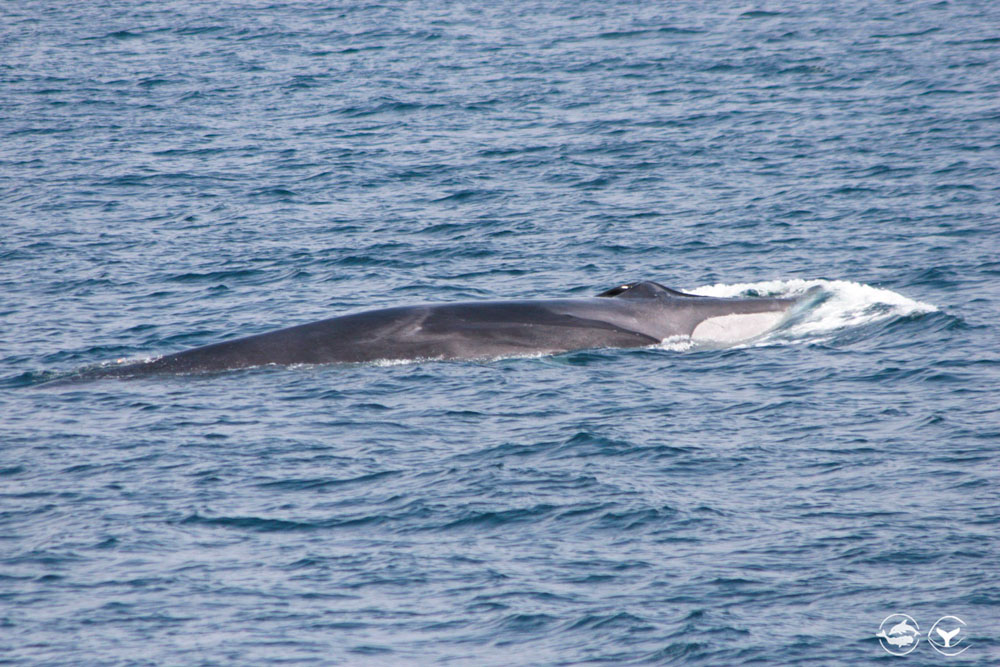 Although this is one of the most observed whale species in the Mediterranean, it is listed as vulnerable to extinction in the IUCN Red List.
Sadly, this population is highly threatened by the high levels of marine traffic, with the main cause of mortality being collisions with vessels. Other threats are represented by entanglement in fishing gears, noise, disturbance and pollution. 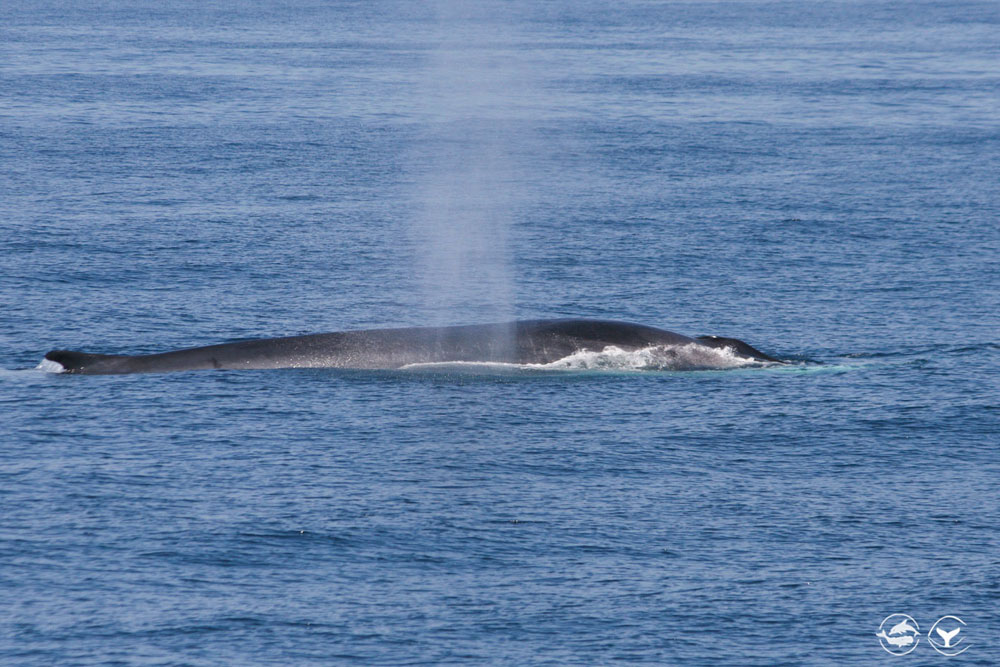 For these reasons, the definition of critical habitats and the establishment of effective conservation measures are crucial to the survival of this species.

“A large international protected area (approx. 90,000 km²), the Pelagos Sanctuary for Mediterranean Marine Mammals, was established and listed among SPAMIs (Barcelona Convention SPA Protocol) and encompasses a key Fin Whale feeding area in portions of the Provençal, Corsican, Ligurian, Tyrrhenian and northern Sardinian Seas (Notarbartolo di Sciara et al. 2008). Whale-watching regulations are likely to be incorporated into national legislation in the near future. The species is listed in Appendix I of CMS, in Appendix II of the Bern Convention, in Appendix I of CITES, and in Annex 2 of the Protocol on Specially Protected Areas and the Biological Diversity in the Mediterranean of the Barcelona Convention. For the present at least, Mediterranean Fin Whales are protected by the International Whaling Commission’s moratorium on commercial whaling that came into force in 1986″ (IUCN Red List)