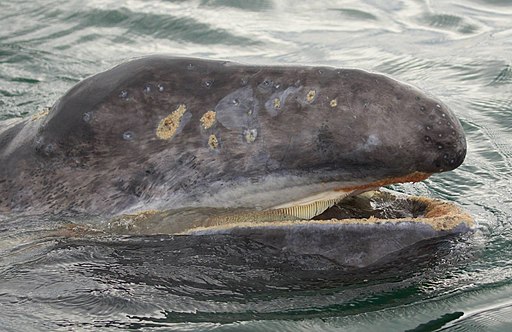 On the 14th of April, a Gray whale was spotted very close to the shore of Ponza island in the Tyrrhenian Sea.
Grey whales (Eschrichtius robustus), which are regularly found in the coastal waters of the Pacific Ocean, have been considered extinct in the North Atlantic due to whaling since the 1700s, making this sighting extraordinary and exceptionally rare in the Mediterranean Sea.
The origin and provenience of this individual are unknown at the moment, but researchers are currently attempting the identification through photo-ID in order to get a photographic match with the existing catalogue of the Pacific population. Possibly, the same whale was spotted off the coast of Morocco in march but it’s still too early to tell. 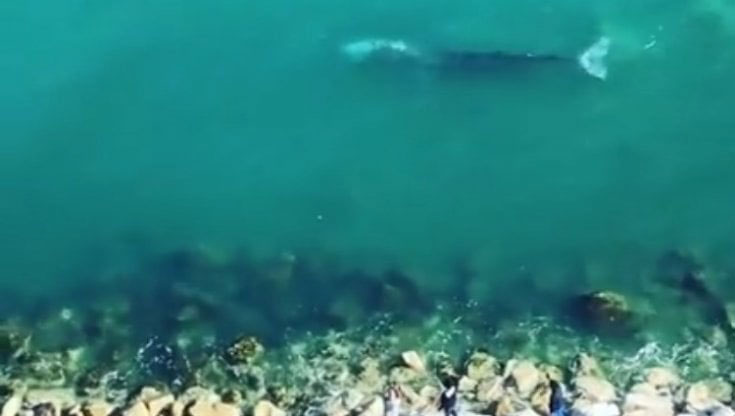 Although extremely rare, this is not the first sighting of a Gray whale in the Mediterranean Sea: a recent one occurred in 2010 off the coast of Israel and in Spain. The event was reported by Aviad Scheinin et al who investigated potential routes from the Pacific and the possible impact of climate change in the whale’s migratory behaviour. Gray whale (Eschrichtius robustus) in the Mediterranean Sea: anomalous event or early sign of climate-driven distribution change? | Marine Biodiversity Records | Cambridge Core 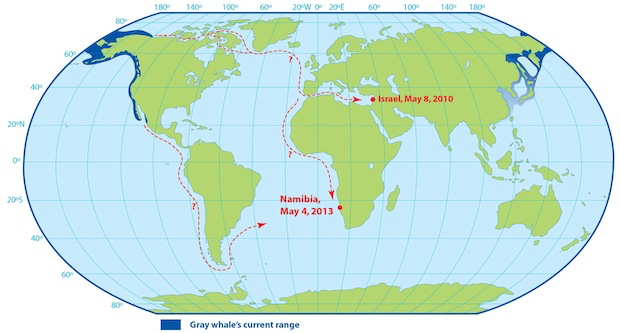 Gray whales are one of the most whale-watched whales in the world, especially when they aggregate in Baja California to breed each year in winter so that thousands of tourists can get a glimpse of these friendly animals up close.

Two populations are distributed on the western and on the eastern sides of the North Pacific and both of them migrate each year over very long distances to reach the summer feeding ground in the Arctic. In particular, the North Eastern Pacific population is known to travel along the length of North America, covering a distance of more than 20.000km.
The movie Big Miracle, based on Tom Rose’s 1989 book Freeing the Whales, shows how scientists and activists combined efforts in Operation Breakthrough to rescue Gray whales trapped in ice in Alaska after summering in the area, captivating the attention of people from all over the world. 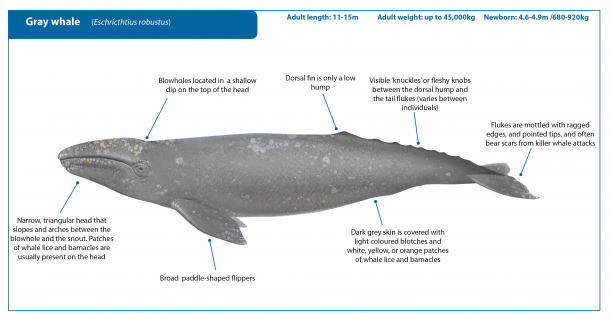 A Gray whale is up to 15 meters long and can weigh up to 40 tons. It is easily recognisable for the Gray colour and the triangular head highly encrusted with parasites like (mainly barnacles and whale lice). In addition to these two characteristics, it differs from our Mediterranean fin whale in various aspects:

As a mysticete, it doesn’t have teeth but baleen plates, which are used to feed in a very peculiar and innovative way. If the fin whale is a lunge feeder, engulfing a huge volume of water and prey and then trapping the food after squeezing the water out through the baleen plates, the Gray whale swims slowly along the sea bottom on its right side, sucking the sediment through the short baleen to filter out prey. 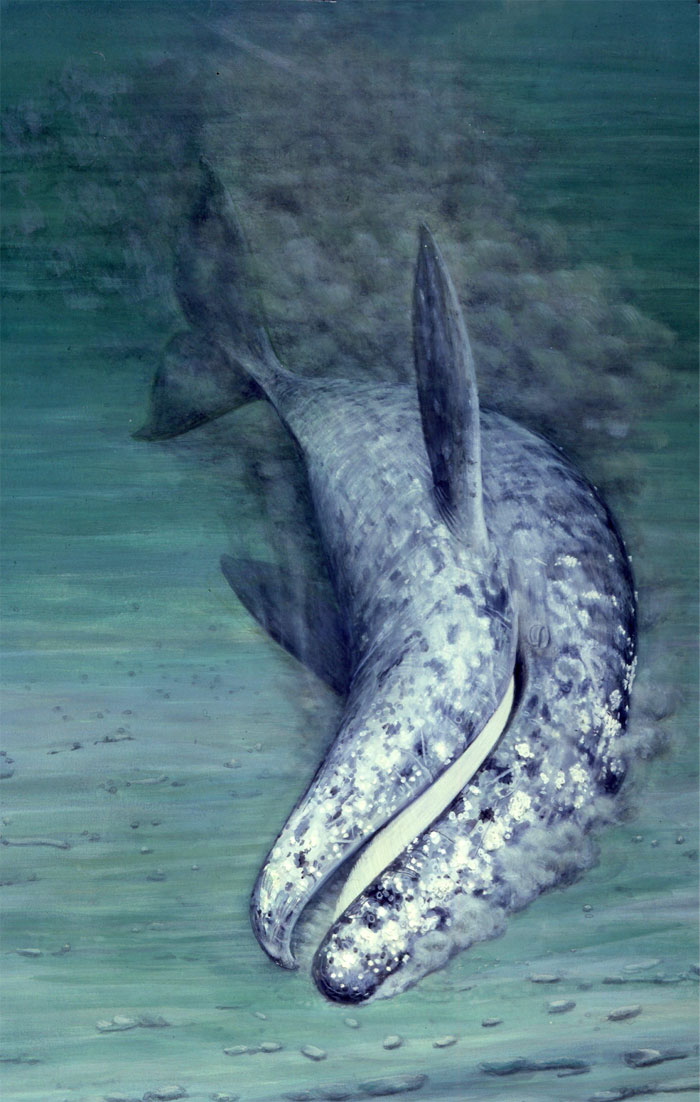 Gray whales are one of the most friendly and curious whales, often inquisitive and allowing themselves to be petted by people. When they approach the boats they can take advantage of the situation and rub against the hull to ease skin irritations due to the parasites.
Although massive and huge, they are very active at the surface and can be seen frequently breaching, often several (40 to 50) times in a row. 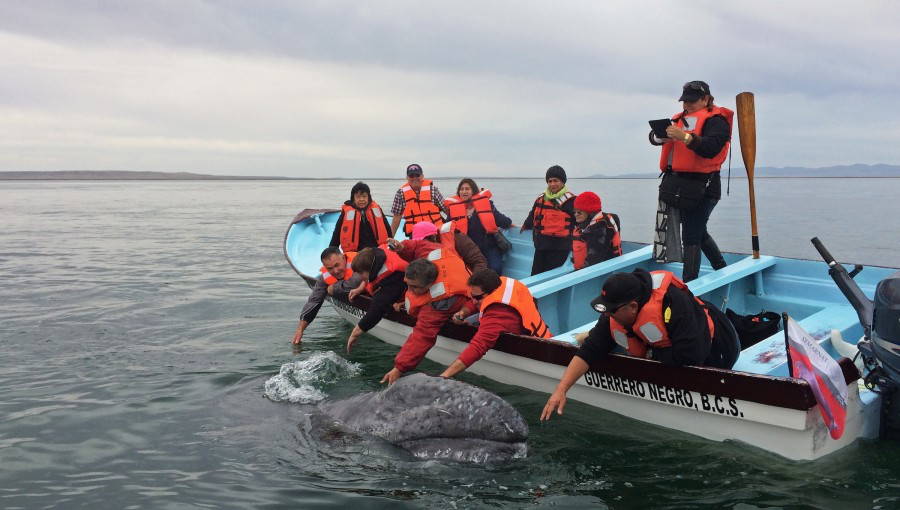 This species has been for several centuries targeted for commercial whaling, causing the extinction of the North Atlantic populations and leading the Western North Pacific population to be listed as Endangered in the IUCN Red List.
The main concerns today are represented by oil and gas development in the Arctic and climate change. The declining sea ice might be the main reason for the recent exceptional sightings that occurred in the Atlantic and in the Mediterranean when the individuals were almost certainly coming from the North Pacific via ice-free passages in the Arctic waters.